Where is the off valve? 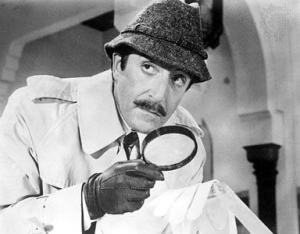 I don’t understand why there is such a mess in the Gulf of Mexico. It is a horrible situation and I have just one question: Where is the valve to turn the oil off?

OK. When I have a water leak under the sink I turn the valve counter-clockwise and it stop the leak. If the leak is somewhere I cannot reach I can go outside and turn the main water valve off.

If I have a gas leak, there are valves that I can turn to stop the leak.

What was BP thinking? I guess they were not thinking ahead. Is it so hard to create an off valve to shut off the oil valve? Surely Hollywood thinks of this for films.

If this were a James Bond film I am sure there would a an off valve for Bond to reach just in the nick of time. He would swim underwater wearing some ingenious scuba gear and after fighting off sharks, and getting past the bad guy with the bad teeth, we would find the shut off valve and crank the sucker until the leaked was sealed.

Obviously Bond does not work for BP. More like Inspector Clouseau has been sent to fumble and bumble his way to a solution. What is happening in the Gulf Coast is a tragedy. I hope it does not happen along the California Coast. Here is a report from CNN.